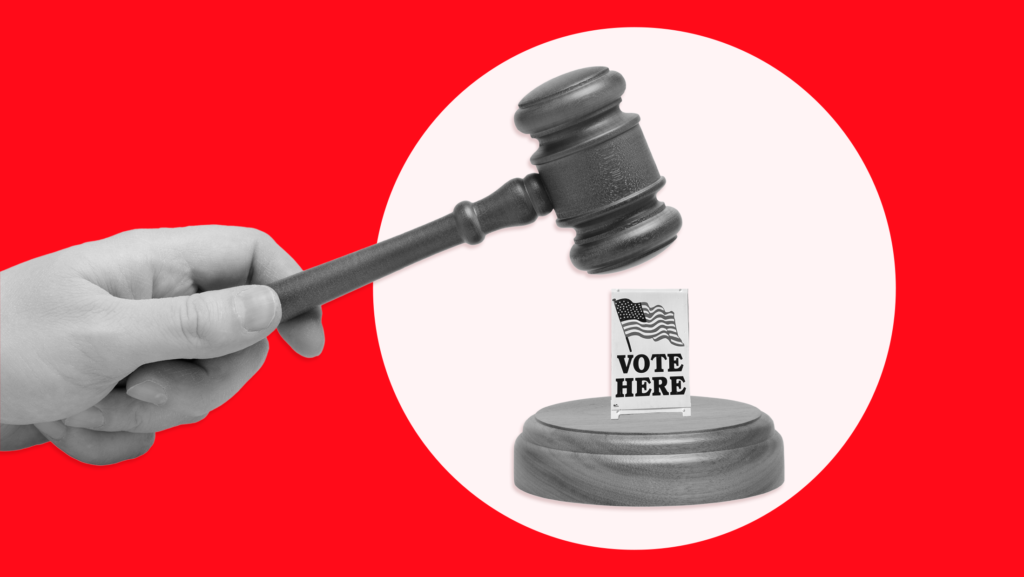 In Shelby County v. Holder, the U.S. Supreme Court struck down the coverage formula underpinning Section 5 of the Voting Rights Act of 1965 because, in the words of Chief Justice John Roberts, “Nearly 50 years later, things have changed dramatically.” Turns out, he was wrong.

Since that decision in 2013, we have seen state after state that had previously been subject to Section 5’s “preclearance” requirement for any changes to their voting laws enact suppressive voting legislation aimed at making it harder for minority voters to vote. In fact, just days after the ruling in Shelby County, North Carolina passed a massive voter suppression law that the 4th U.S. Circuit Court of Appeals ultimately held targeted Black voters with “surgical precision.” Similarly, Arizona re-passed a restriction on third-party ballot collection that it had previously abandoned due to strong indications that the U.S. Department of Justice was going to reject preclearance.

Yet, if Shelby County gave the green light to state-sponsored voter suppression, another much lower profile case removed the brakes on the GOP voter suppression war machine that eventually became the Big Lie. Along with Shelby County, it is among the most consequential and destructive voting rights decisions of the last decade.

In 1981, shortly after Ronald Reagan took office, the RNC decided to embark on a major voter suppression program. Under the name the National Ballot Security Task Force, the RNC engaged in a variety of unsavory and illegal voter suppression tactics. These included “voter caging” (which involves targeting minority voters with mailings and then seeking the removal from the voter rolls of those whose mail is returned as undeliverable), as well as full-on voter intimidation at the polls. To achieve the latter, the RNC set up signs near minority precincts in New Jersey that warned voters of the risks of committing voter fraud and stationed off-duty sheriffs and police officers at polling places wearing black armbands with “National Ballot Security Task Force” printed on them.

They did not do this because they had any credible belief that voter fraud was a threat; they did it to try to scare voters, particularly those in communities that have suffered (and continue to suffer) because of overly aggressive racially-discriminatory policing tactics. They hoped to suppress the vote just enough to give their candidates an ill-gained edge, procured by the RNC’s shameful tactics targeting minority voters.

The Republican candidate won that election by fewer than 1,800 votes and the DNC immediately sued the RNC for violating the Voting Rights Act. Without much of a legal defense, the RNC settled the lawsuit by entering into a consent decree that would prohibit the RNC from engaging in voter suppression and “ballot security” activities for decades into the future.

While the consent decree dampened Republican voter suppression, it did not eliminate it. In 1986, the RNC ran a voter challenge program in Louisiana that, in its own words, aimed to “eliminate at least 60,000-80,000 folks from the rolls” so that “[i]f it’s a close race…, [it] could keep the black vote down considerably.” In 2004, Republicans again used voter caging to compile a list of 35,000 Black voters to challenge in Ohio.

Since its establishment, the RNC has been endlessly obsessed with removing itself from the restrictions of the consent decree. In 2009, the RNC argued in court that it should be released from the consent decree because the nation had elected President Barack Obama, its first Black president: “[W]ith an African-American President, and an African-American Attorney General, the laws that are already on the books regarding voter fraud, voter intimidation, and voter suppression are going to be actively pursued by this Justice Department.” The RNC also pointed to the fact that its own chairman, Michael Steele, was Black as a reason to lift the consent decree.

The RNC’s argument was not unlike the one echoed in Shelby County a little more than a decade later: Things had changed and, in any event, the nation could rest assured that it would be protected from the RNC by the present leadership.

The RNC got its wish. Under the terms of the consent decree, the RNC was to be free from its restrictions in December 2017 unless the DNC could show that the RNC had violated its terms. On Nov. 5, 2016, the DNC filed a lawsuit to prove just that.

In that lawsuit, the DNC pointed to the fact that Donald Trump and the Trump campaign had engaged in open acts of voter suppression and performative ballot security which, if done in coordination with the RNC, would violate the consent decree. For example, shortly before the November election, the RNC’s chairman said that the committee was “in full coordination” with the campaign and that the party “remains very much involved and together [with the Trump campaign] in all levels in making these decisions of how best to run the operation across the country.”

Even more damning, Mike Pence boasted that the Trump campaign and RNC were working “very closely with state governments and secretaries of states all over the country to ensure ballot integrity.” And, if that wasn’t enough, Trump campaign manager Kellyanne Conway told a national television audience that the RNC and the campaign were working together to “monitor precincts” throughout the country.

The RNC’s defense rested largely on an affidavit submitted by its in-house general counsel, who assured the court that upon searching for documents and speaking with Pence, Conway and others, he believed that the RNC was uninvolved in any ballot security or anti-fraud programs that the Trump campaign or various Republican state parties were operating. Those assurances were good enough for the judge. While “recipients of sound legal advice do not always follow the given advice,” the judge ruled “it does appear that [the RNC’s general counsel] has undertaken extensive efforts to ensure the RNC does not violate the consent decree.”

In short, the judge ignored what Priebus, Pence and Conway had said in favor of the assurances offered by the attorney paid by the RNC. The judge also rejected the DNC’s request to depose Priebus, Pence, Conway or the attorney. As far as the judge was concerned, this decades-old consent decree was no longer necessary. The judge might as well have quoted the chief justice — “Nearly 30 years later, things have changed dramatically.”

But the genie was out of the bottle.

In December 2020 — a mere three years after the consent decree expired — a Trump advisor was caught on tape assuring his audience that, with the consent decree removed, Republicans were going to “start playing offense a little bit.” He promised the GOP audience that in the 2020 election “[i]t’s going to be a much bigger program, a much more aggressive program, a much better-funded program.”

We now know that he was right. By the spring of 2020, the RNC had already pledged $20 million to fight against voting rights in court. On top of that, the RNC spent countless millions coordinating and executing a ballot security and poll watching program.

By the time Election Day came, the RNC was working hand in hand with the Trump campaign to spread and promote Trump’s lies, threats and efforts to suppress and disenfranchise thousands of voters. And in the days that followed the election, the RNC repeated the lies as they grew bolder and more dangerous. The Republican Party is unified in its collaborative efforts to target and suppress voters, and the courts have failed to hold them accountable.

The rest, as they say, is history. Unfortunately, things have not changed as dramatically as the courts had promised.