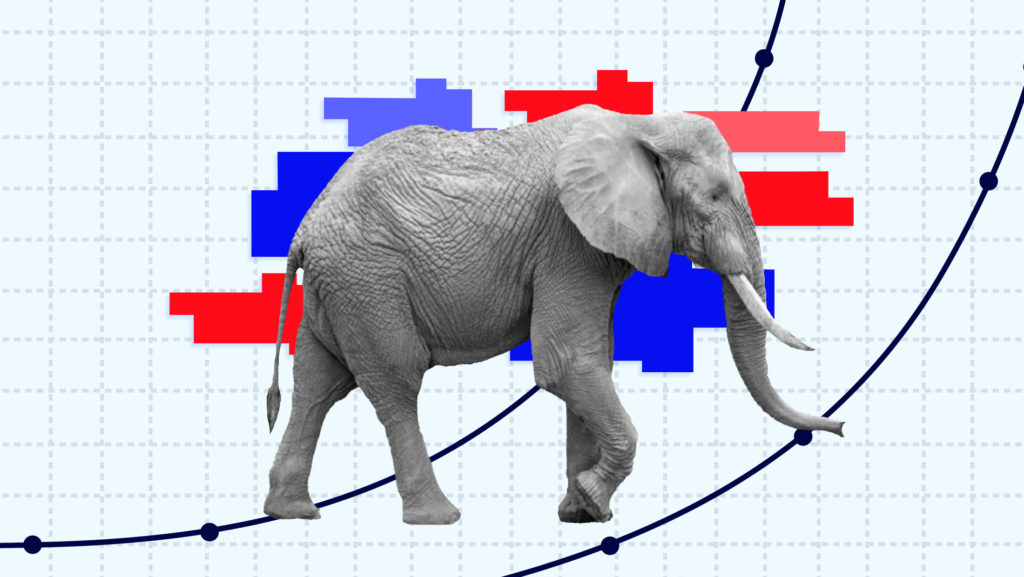 Redistricting is the process of drawing congressional and legislative districts, which are updated every 10 years after the completion of the census. The shape of districts matters because their borders determine who votes in an election — and if drawn in certain ways, a district could artificially inflate or restrict the representation of a group of voters. This is called “gerrymandering:” the act of drawing electoral districts for political gain. Republicans are gerrymandering experts; instead of running on popular ideas, they redraw the electorate to retain power.

The study, “Political Control Over Redistricting and the Partisan Balance in Congress,” finds the numbers for what we all knew was true: Republicans disproportionately benefit when they control redistricting, and voters lose.

One might assume that both parties equally use the redistricting process to solidify their own electoral power in a state — but Coriale et al.’s study shows that Republicans disproportionately tip the scales to increase their majorities.

Over the last 20 years, when Republicans have controlled the redistricting process, they have increased their seat share in Congress by an average of 9.1% the next election. For Democrats, the study found no significant overall increase in congressional seat share when the party controlled redistricting.

Read that again: Republican redistricting increases their own seat share by over 9%, compared to 0% when Democrats have control.

These effects on seat share are lasting: the researchers found that the increase in Republican seat share remained high, at about 8%, for the next three elections as well. The implications are clear — Republicans take advantage of their control over redistricting, redrawing maps that disproportionately benefit them for the next decade.

2. Republican redistricting affects one in 10 voters.

Coriale et al. go into more detail about their findings and highlight some important nuances in the data that help explain why the 2021 redistricting process is so important. When Republicans control the redistricting process, they make larger changes with bigger impacts on seat share and with effects that cover more physical land.

In the last 20 years, Republican-led redistricting has moved 9.8% more land than non-partisan redistricting commissions — meaning Republicans are changing much larger swaths of land when they have power over line drawing. The same number holds true when measuring the population itself — almost one in 10 voters find their district changed when Republicans control the process. Considering the significant confusion that redistricting can cause voters who must now find a new polling place and learn their new district number and representatives, this is an important finding.

3. Gerrymandering has gotten worse this century — and benefits Republicans more and more.

Although the study covers the last five decades, it records a significant shift starting in the 21st century. After 2000, the impact of Republican gerrymandering grew stronger — and had significant effects on the overall seat share of the U.S. House. From the 1970s-90s, the authors find partisan redistricting responsible for only about 5% of the seat share difference between Republicans and Democrats in the House, with other factors being the main determinant for the outcome of elections. In the last 20 years, however, that number shot up to over 50% — half the Republican seat share advantage can be attributed to redistricting effects. And it shows: Democrats have only held the majority in the House for five of the last 20 years.

Ultimately, Coriale et al. conclude that the last 20 years have demonstrated a new and stunning impact of gerrymandering. As state legislatures become more Republican dominated, the redistricting process results in huge swings in seat share, as a party unafraid to draw lines in their favor solidifies their electoral advantage.

Democrats having legal control over redistricting does little to swing the seat share in their favor — or to correct the disproportionality drawn by Republicans. Conservatives use the redistricting pen to draw maps advantageous to their electoral chances — and they do so enthusiastically, netting partisan benefits that last for a decades worth of elections.