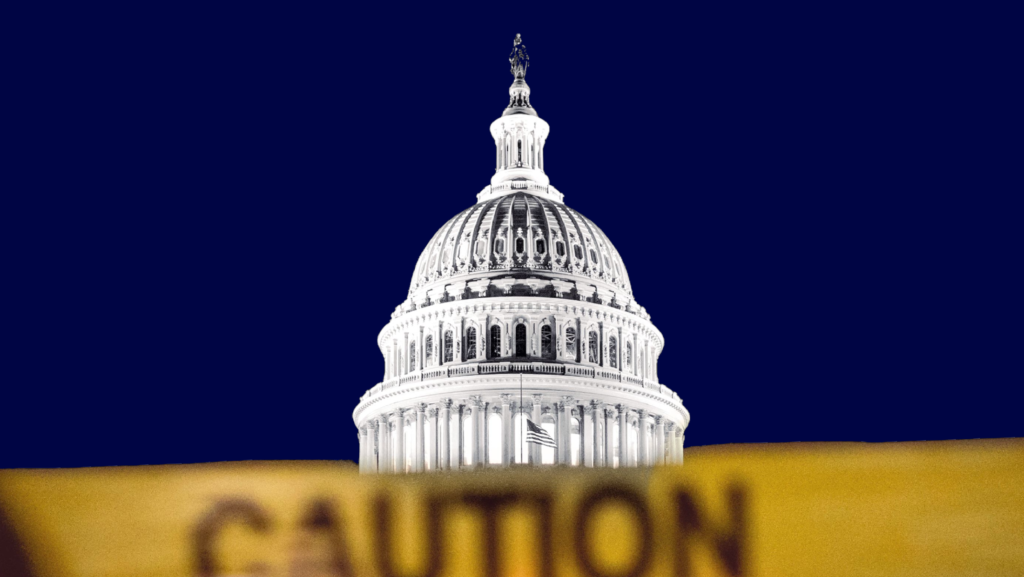 Washington, D.C. is no stranger to protests.

The Lincoln Memorial, just across the Mall from the U.S. Capitol, is the most famous backdrop for speeches about how we make our country “more perfect.” It is where Martin Luther King Jr. told the nation about his dream.

When crowds are drawn to the Capitol, it is because they believe in the power of democracy and want to make their voices heard by elected officials, in the hopes of influencing their decisions.

But it was all different this time.

On Jan. 6, insurrectionists descended on the Capitol to violently attack it. They did not assemble outside of the Capitol to strengthen democracy by making their voices heard; they sought to destroy democracy by storming the building to disrupt the peaceful transfer of power.

While some who breached the Capitol were dressed in bizarre costumes, most appeared unremarkable. They did not look like revolutionaries, but rather like tourists. Some took selfies. We now know that they were indeed quite ordinary — a businessman, a former member of the military, a small business owner, the son of a judge, even a state legislator.

I was reminded of Hannah Arendt describing the trial of Adolf Eichmann. “The trouble,” she wrote, “was precisely that so many were like him, and that the many were neither perverted nor sadistic, that they were, and still are, terribly and terrifyingly normal.”

She described this as the “banality of evil” — the willingness of otherwise ordinary people to do extraordinarily evil things.

But the traitors in that violent mob did not act on their own. The events of Jan. 6 began much earlier, seeded and spurred on by a deranged president and many of the nation’s most powerful Republican politicians.

By the time the riot occurred, it seemed all but inevitable — the clear and direct result of repetitive lies told to the American public by reckless and feckless actors, all in the name of retaining or attaining political power.

For weeks, the president lied about the outcome of the 2020 election to millions of his supporters.

First, it was lies about who had won. Then, it became lies about the ability of states to overturn the will of the voters. Finally, it morphed into the biggest and most dangerous lie — that Vice President Pence and the Republicans in Congress could themselves declare Trump the winner.

Importantly, at each stage, Trump’s lies grew more influential precisely because they were counterfactual and thus — in his followers’ eyes — demonstrated how cunning and powerful he truly was. As Arendt wrote:

“The totalitarian mass leaders based their propaganda on the correct psychological assumption that, under such conditions, one could make people believe the most fantastic statements one day, and trust that if the next day they were given irrefutable proof of their falsehood, they would take refuge in cynicism; instead of deserting the leaders who had lied to them, they would protest that they had known all along that the statement was a lie and would admire the leaders for their superior tactical cleverness.”

Every lawsuit, every election challenge and every false attack on American democracy drove millions of ordinary people to believe a lie, that the election was stolen from them. That irrefutable proof showed Trump lost and judges sided against them, only proved their point.

But Trump’s lies alone were not sufficient to bring about the events of Jan. 6. In order for that to happen, he needed others, with their own authority, to vouch for him.

Republican politicians — cowards who knew better — quickly took up the mantle and went along with Trump’s baseless and profoundly undemocratic lies, cynically deceiving the very constituents they swore to serve in order to maintain their own political power.

An army of lawyers abused their status as officers of the court to sow distrust in the very idea of free and fair elections. While some withdrew after their involvement became widely known, the number of legal professionals who willingly offered their services to propagate an unprecedented attack on the political system, upon which the rule of law relies, was astonishing and deeply disturbing.

Finally, the media played a role as well, too often amplifying the president’s false propaganda and providing a veneer of legitimacy to the lies by presenting the results of democratic elections as an issue with “two sides.”

When the president of the United States addressed his supporters on Jan. 6 and suggested that they march to the Capitol, he was merely throwing the last ounce of gasoline on a fire that had been burning uncontrolled for over two months. The criminal mob was set in motion with a mission to stop our democracy.

Of course, halting Congress’ certification was another of Trump’s lies.

Five people died for that lie, including a police officer. Our national commitment to the peaceful transfer of power died as well.

How can we as a country acknowledge, rectify and root out the evil that spurred this insurrection?

The first order of business is for law enforcement to complete the task of identifying and arresting all of those who were involved. They should be charged with the greatest offense possible and judges should sentence them to the maximum sentences allowed by law. They should be offered no plea bargain or reduction in sentence.

Second, Donald Trump should be impeached, removed and barred from holding future office.

In addition, Congress should enact a law prohibiting him from using the honorific titles “Honorable” or “President.” Once his term ends, he should be stripped of Secret Service protection and pension. He should not be permitted to establish a recognized presidential library. No public buildings, streets or monuments should be named for him. When he eventually dies, there should be no state funeral.

Social media platforms should continue to deny him access. The media should have a complete blackout of any coverage of him. In sum, he should suffer the fate of historical obscurity.

But that is not enough.

The members of Congress who violated their oaths of office to “support and defend the Constitution” need to suffer the consequences as well.

Congress should empower an independent counsel to conduct a broad investigation of the conduct of its members involved in promoting these lies and undermining democracy. There should include public hearings and sworn testimony.

Once that is completed, Congress should take swift action to censure or expel those who acted in violation of their oaths or who are no longer to serve under the 14th Amendment’s provision that “no person shall be a Senator or Representative in Congress…who, having previously taken an oath, as a member of Congress…to support the Constitution of the United States, shall have engaged in insurrection or rebellion against the same.”

The media must also reform how it covers elections and protects democracy. It must realize that our Constitution is more than just one amendment and is not a suicide pact.

Responsible media outlets must establish clear codes of behavior for covering elections and for keeping their airways free of lies that distort democracy. When there is only one side, they should not offer a platform for conspiracists to present another. They must disown and denounce the irresponsible media in clear terms, without any of the usual qualifiers about the First Amendment.

Finally, the lawyers who used their licenses to undermine democracy should face disbarment and become professional outcasts. But that, too, is not enough.

State bar associations need to review how existing rules failed to stop so many lawyers from saying and doing so many things to undermine our democracy. Rules need to make clear that undermining democracy, inside or outside of the courtroom, is prohibited. The federal rules of procedure must be revised to provide for swift, mandatory sanctions against lawyers who bring frivolous election-related claims.

These steps alone will not fix our democracy or undo the damage.

That will take time. But if we do not take firm steps now to hold accountable those who made this moment of horror possible, then we’re bound to see it repeated.

Next time, it may not be a violent breach of the Capitol, but it will be an attack on wherever our democracy remains vulnerable.

The time to act is now.