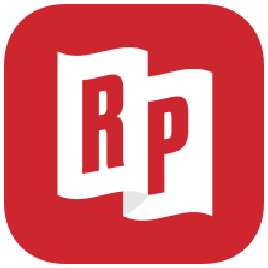 On the 13th anniversary of Citizens United and the 50th anniversary of Roe v. Wade, we’re joined by special guest Sen. Sheldon Whitehouse (D-R.I.) to discuss issues facing the judiciary and the network of anti-democratic forces influencing our courts.

Marc and Paige discuss what they expect during upcoming legislative sessions and our new litigation report, with a side of Rep. George Santos (R-N.Y.) shenanigans.

In a bonus episode of Defending Democracy, Marc and Paige discuss Ohio’s new voter suppression law — exactly what it does, why it’s so harmful to voters and the lawsuit already filed challenging it.

On the second anniversary of the Jan. 6 insurrection, House Republicans still can’t elect a speaker, a federal court issued a victory for voters in South Carolina and we’re gearing up for a new wave of redistricting litigation in 2023.

Republicans in Arizona Are Not Okay

In an impromptu episode, Marc and Paige discuss the status of the five Republican election contests in Arizona and Kari Lake’s trial. Plus, get Marc’s thoughts on Congress passing the Electoral Count Reform Act in the omnibus spending bill.

In the last episode of Defending Democracy of 2022 — and the first episode via podcast — Marc and Paige talk about election challenges in Arizona, how oral argument in Moore v. Harper went, the future of Georgia runoff elections and what to expect in 2023.

Arizona, Pennsylvania and Georgia, Oh My

Marc and Paige cover counties in Arizona and Pennsylvania that refused to certify election results, early voting in Georgia and how Senate Bill 202 is harming voters in the runoff and the Moore v. Harper case headed to the U.S. Supreme Court next week.

It’s Time for Another Election in Georgia

Marc discusses the U.S. Senate runoff in Georgia and the legal fight to expand early voting and complaints of “conspiracy” in Arizona’s elections are actually the effects of Republican voter suppression laws.

Marc and Paige analyze what happened during the midterm elections and the victories for democracy, what’s next in redistricting and what to expect in the coming weeks.

The Election Is Around the Corner

Marc and Paige talk about what to expect in Tuesday’s midterm elections and the lawsuits that could affect voters.

Abha Khanna, partner at Elias Law Group and advocate for the Caster parties in Merrill v. Milligan, and Marina Jenkins, director of litigation and policy at the National Redistricting Foundation, join Marc to discuss the oral argument about Alabama’s congressional before the U.S. Supreme Court. As one of the lawyers who spoke before the Court, Abha shares her insights into how the justices reacted to arguments from both sides and Marina analyzes how this case could affect redistricting around the country.

Everything Else in Court This Week

Marc and Paige cover all of the other voting rights news and court action you may have missed during Merrill v. Milligan, including a victory in Montana, a slew of new Republican lawsuits in Arizona, Michigan and New York and important hearings in Delaware, North Carolina, Texas and more.

In a breaking episode, Marc and Paige return to the saga of Pennsylvania and undated mail-in ballots to break down what the U.S. Supreme Court’s decision to vacate in Ritter v. Migliori means and how it affects voter.

Marc and Paige go over litigation updates from Pennsylvania, Texas, North Carolina and more, as well as Florida Gov. Ron DeSantis’ (R) executive order regarding election rules in counties affected by Hurricane Ian and the rapid increase in organized mass voter challenges across the country.

The U.S. Supreme Court scheduled oral argument in Moore v. Harper and updates in various Pennsylvania lawsuits. Plus, Marc and Paige discuss the worrying reports of voter intimidation in Arizona and what to do if you feel intimidated when voting.

Democracy is on the Docket

Marc and Paige discuss the litigation fighting against voter intimidation in Arizona, a New York election official refusing to count ballots, the counties pushing to hand count ballots and updates in Pennsylvania.

We Must Protect the Election Certification Process

Marc and Paige review a victory for voters in Wisconsin, the latest photo ID ballot initiative to be struck down in Nevada and the vulnerabilities in the election certification process.

Marc and Paige cover Republicans’ latest lawsuit to overturn the 2020 presidential election in Michigan (yes, really, there’s a new lawsuit about it) and the GOP’s continued attacks on drop boxes and ballot curing in Pennsylvania.

Alert: Michigan Republicans Sue To Overturn the Results of the 2020 Presidential Election

Thread: List of groups and officials who submitted amicus briefs to the U.S. Supreme Court in support of the independent state legislature theory

Cristina Tzintzún Ramirez, president and executive director of NextGen America, joins Marc and Paige to discuss the power young voters have in upcoming elections. Cristina explains what motivates this group of voters to get to the polls, why young voters may not necessarily identify as Democrats and the need for greater civics education.

How Gerrymandering Impacts Voters and Voting

Guests Stephanie Young, executive director of When We All Vote; Kelly Burton, president of the National Democratic Redistricting Committee and its affiliates; Maya Wiley, president and CEO of The Leadership Conference on Civil and Human Rights and Alex Birnel, advocacy director of MOVE Texas, discuss with Marc and Paige the impacts of gerrymandering on Black and brown communities and why voters must stay in the fight for fair maps.

What To Expect From the U.S. Supreme Court’s New Term

We Have More Power When We All Vote

Stephanie Young, executive director of When We All Vote, talks with Marc about the importance of voter education and civic history, the real impact of voter suppression laws and When We All Vote’s plans to engage more voters.

The Threat of Republican Vigilantes and Voter Intimidation

Marc and Paige discuss the latest voting news from Pennsylvania, Wisconsin and Montana. Plus Marc explains how conservative groups are publishing inaccurate voter rolls and encouraging “vigilantes” to observe and question voters — creating a perfect storm for voter intimidation.

Alert: DSCC and DCCC Seek To Participate in Pennsylvania Lawsuit Over Mail-in Voting

Read “How the Courts Failed Us” by Marc Elias

What a Week It’s Been

Marc and Paige cover breaking news out of Pennsylvania, North Carolina and Georgia, as well as Florida’s announcement that the state’s new elections crime unit arrested 20 individuals for illegally voting and new lawsuits in Arizona.

Wins, Losses and Continuing the Fight

Marc and Paige discuss the 5th U.S. Circuit Court of Appeals’ decision in Mississippi regarding felony disenfranchisement, new voting lawsuits filed this week, a victory in Arkansas and the conclusion of the undated mail-in ballot issue in Pennsylvania.

The Threat of ISL to Our Democracy

Eric Holder, former U.S. attorney general and chair of the National Democratic Redistricting Committee and its affiliates, joins Marc to discuss the threat of the independent state legislature theory, how it could impact voting rights and redistricting and what reforms are needed to prevent catastrophe.

So What About This New ECA Reform Bill?

Marc and Paige discuss news on Ohio redistricting, Texas voter assistance and litigation in Pennsylvania over undated mail-in ballots. Plus, Marc offers his thoughts on the proposed Electoral Count Act reform bill and explains why it may not be the best fix to the outdated certification process.

Read “A Constitutional Crisis Is Brewing in Pennsylvania” by Marc Elias

The Saga of Undated Mail-in Ballots in Pennsylvania

Marc and Paige recap the latest news about undated mail-in ballots in Pennsylvania and Congress’ hearing on the dangers of the independent state legislature theory, plus updates on litigation in Montana, Wisconsin and Delaware.

What Happened in the U.S. House Committee Hearing on the Independent State Legislature Theory

The U.S. Supreme Court announced that it granted a petition to hear Moore v. Harper, opening up review on the radical independent state legislature (ISL) theory during the Court’s next term. Marc Elias explains why the ISL theory is dangerous to our democracy and lays out exactly what’s at stake.

The Importance of State Legislatures to Our Democracy

Daniel Squadron, co-founder and executive director of The States Project, joins Marc to discuss the threat of the independent state legislature theory to our elections and why we must keep fighting for majorities in state legislatures.

You Should Run For Something

Amanda Litman, co-founder of Run for Something, and Marc discuss how elections need to be protected on the local level by pro-democracy officials and the new Clerk Work initiative.

The Fight for Fair Maps Continues

Kelly Burton, president of the National Democratic Redistricting Committee and its affiliates, and Marc discuss redistricting updates and cover how this redistricting cycle has gone and the importance of fighting for fair maps.