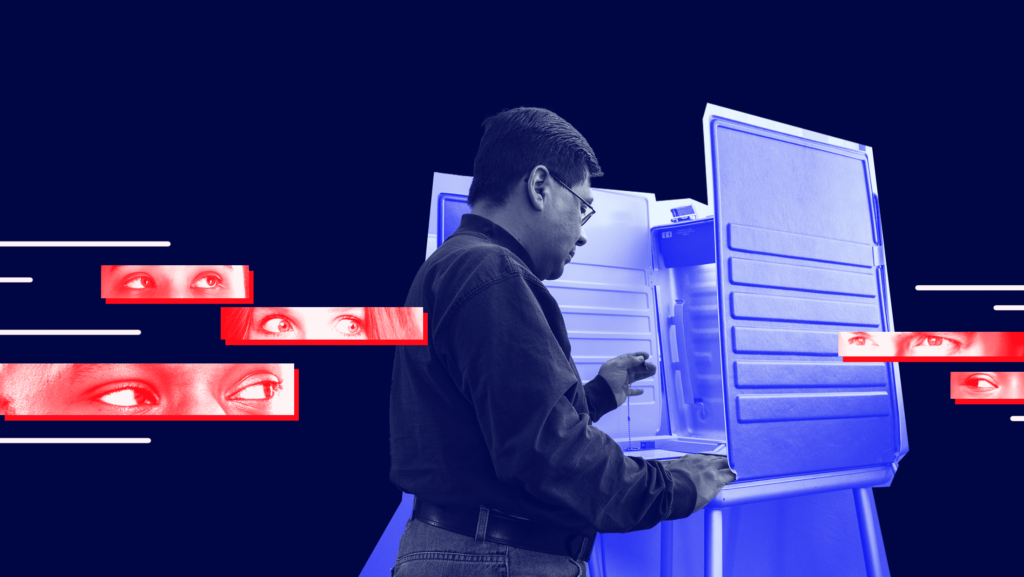 This November, if you go to a polling place to vote in-person, you’ll likely encounter fellow voters and election workers. But there’s another person you may run into — someone sent by a political party or nonpartisan organization to simply observe the election process. These are called poll watchers, volunteers who play a role in our elections just as vital as that of the workers running the precinct. But poll watchers can also be misused to interfere with voting or even intimidate voters and suppress the vote — a possibility made even more likely by recently-passed Republican laws.

Poll watching, when done properly, fills an important role in our elections.

Poll watching dates back to the 1800s and is meant to bring transparency to the electoral process. American elections used to be chaotic affairs, where voting was carried out in full public view. But over time, elections became much more formalized and states created rules and procedures for how to operate polling locations. These rules included provisions that permitted representatives of political parties — poll watchers — to observe the voting process to ensure the elections were conducted in a fair manner and that proper rules and procedures were followed. If both parties could agree the process was fair, then that would increase the election’s legitimacy in the eyes of both the winner and the loser.

It’s not only political parties that have stepped up poll watching since 2000 — nonpartisan organizations have as well. In 2001, the Lawyers’ Committee for Civil Rights Under Law spearheaded the creation of Election Protection, a coalition of over 100 groups that helps voters and monitors polling places for problems on Election Day — both outside polling places and inside them in the states that allow nonpartisan poll watchers to observe alongside partisan ones.

Today, poll watching is usually conducted by volunteers appointed by a political party, campaign or nonpartisan group. State laws place limits on who can serve as a poll watcher, how many there can be at each precinct and what they can do. Poll watchers are prohibited from interacting directly with voters, although in some states they can challenge a voter’s eligibility — but only to election officials. For the most part, poll watchers can observe voting and report any problems to election officials and their parties — commonly reported issues include excessively long lines, errors on ballots or improper procedure. If necessary, lawyers can use the reports from poll watchers to take corrective action, like extending voting at certain precincts, or as evidence in recounts.

But poll watching also has a dark side.

Although poll watching serves an important and legitimate purpose in our democracy, there have been instances when the role was used for nefarious reasons. In particular, the laws that allow poll watchers to challenge the eligibility of voters were often used to intimidate minority voters in the South during the Jim Crow-era. We saw this more recently in the 1981 gubernatorial election in New Jersey. The DNC accused the Republican National Committee (RNC) of hiring a “Ballot Security Taskforce” of armed, off-duty police officers to patrol polling locations in minority communities. The DNC and the RNC reached a consent agreement that prohibited the RNC from coordinating poll watching or other “ballot security” programs nationwide without a court’s approval. The consent agreement renewed several times before expiring in 2018.

While poll watching is important to safeguard the legitimacy of our elections and the rights of voters, the role is susceptible to abuse if proper guardrails aren’t in place. Unfortunately, since 2020, Republicans have endeavored to curb or eliminate these restrictions, granting more power to poll watchers.

By providing more protections to poll watchers, expanding their access to the voting process and threatening punishment for officials who try to rein in poll watchers, these laws increase the risk of poll watchers abusing their authority. Coupled with Republican rhetoric, the laws that permit challenges to voters’ eligibility and the expiration of the consent agreement in 2018, there is a real risk that partisan poll watchers will overstep and meddle in the electoral process or even intimidate voters.

Poll watching is important to ensure transparency in our elections. But this only works if there are limits and rules in place to safeguard voters and prevent trickery. Republicans are trying to undo these limits — just another front in their war to subvert our country’s elections.