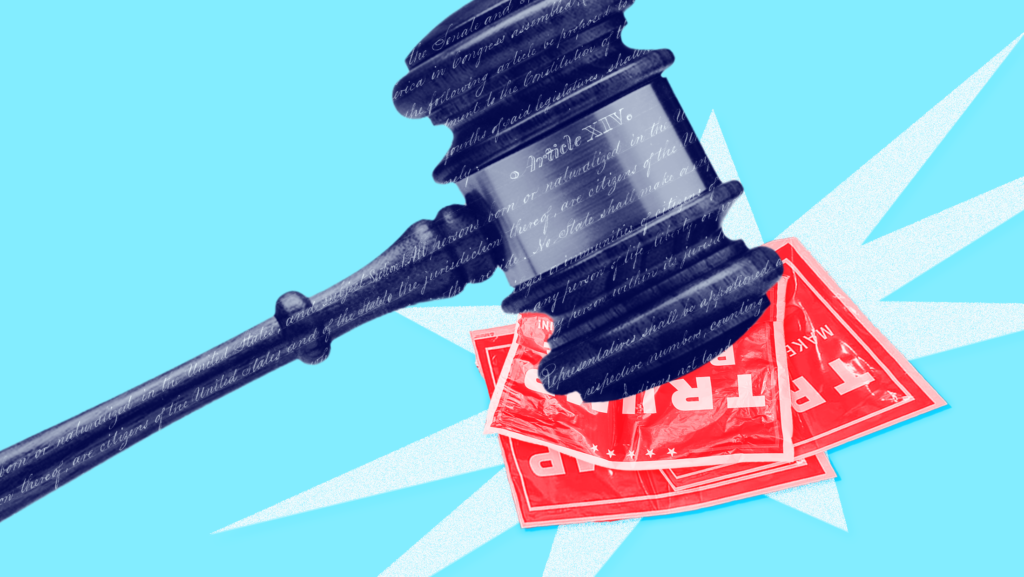 Using the word “insurrection” to label the Jan. 6, 2021 attack on the U.S. Capitol isn’t just a matter of language. It carries with it serious constitutional ramifications.

Section 3 of the 14th Amendment prohibits the election or appointment of an individual to state or federal office if they previously held such an office, took an oath of office and then “engaged in insurrection or rebellion against the [United States], or given aid or comfort to the enemies thereof.” Adopted after the Civil War, the amendment precludes any insurrectionist who has served as a member of Congress, state legislator, U.S. military officer or federal or state officer from serving again.

Section 3 of the 14th Amendment carries immense power. But it’s been invoked only once since Reconstruction.

The 14th Amendment was ratified in 1868 and is most known for its equal protection and due process clauses. Section 3 of this amendment created a mechanism to deal with the swaths of Confederate soldiers in the post-Civil War era. This provision was enforced during the first half of Reconstruction through the Enforcement Act of 1870, also known as the First Ku Klux Klan Act.

In 1872, however, facing the practical constraints of reuniting a country after a civil war, Congress decided to lift the bar on holding future office for most individuals in the Confederacy, with the exception of the most high-ranking officials.

In the 150 years since, Section 3 of the 14th Amendment has only been invoked a single time: in 1919 against socialist Victor Berger. A special U.S. House committee concluded that Berger, because of his opposition to the United States joining World War I, “is not entitled to the seat to which he was elected.” (Berger was also convicted under the Espionage Act, which was later overturned, and he eventually served three terms in Congress.)

The aftermath of the 2020 election has brought this obscure clause to the forefront once again.

“The events of January 6, 2021, amounted to an insurrection or a rebellion under Section Three,” read the legal documents from pro-democracy group Free Speech For People. “A violent, coordinated effort to storm the Capitol to prevent the Vice President of the United States and the United States Congress from fulfilling their constitutional roles by certifying President Biden’s victory, and to illegally extend then-President Trump’s tenure in office, including by illegally introducing illegitimate electors as ‘alternate slates’ for Congress to vote on.”

Free Speech For People is leading the coordinated campaign to disqualify certain elected officials from future office. So far, there have been five legal challenges against U.S. Reps. Madison Cawthorn (R-N.C.), Marjorie Taylor Greene (R-Ga.), Paul Gosar (R-Ariz.) and Andy Biggs (R-Ariz.), as well as against Arizona state Rep. Mark Finchem (R). Other groups challenged a handful of other lawmakers, to no success.

All five elected officials challenged by Free Speech For People promoted the Jan. 6 efforts to halt election certification on their social media accounts and in public forums, often referencing “1776,” a term used among right-wing groups to call for violent action if Trump was not installed for a second presidential term. According to the complaint against her, Greene explicitly rejected the peaceful transition of power. Additionally, the congressional offices of Cawthorn, Greene, Gosar and Biggs were reportedly all in contact with the organizers of the pro-Trump rally. Gosar allegedly offered a “blanket pardon” to organizers in encouraging their actions.

Finchem, on the other hand, was outside of the Capitol that day, pictured near the building even after the mob breached police lines. He continued to post his support online as the insurrection was ongoing. Finchem is now running for Arizona secretary of state.

An administrative law judge in Georgia accepted Free Speech For People’s legal analysis of what it means to “engage” in insurrection, though he concluded that there was not sufficient evidence to find that Greene did engage (Free Speech For People has appealed this decision). Georgia Secretary of State Brad Raffensperger (R) affirmed this decision and qualified Greene for the ballot. The lawsuits against the three Arizona lawmakers are not moving forward this election cycle; the judges did not wade fully into the merits of the cases, rather dismissing them for largely procedural reasons.

“Everybody involved is having to experiment with different arguments and approaches because all this is so new,”’ Gerard Magliocca, a law professor and leading voice on Section 3, explained to Democracy Docket. “Because these challenges are going on all over the country, you get different points of view from courts, lawyers and others who are involved.”

For Cawthorn, his legal team evoked the Amnesty Act of 1872, arguing that it overrode the constitutional clause. After a federal district court accepted this interpretation, an appellate court disagreed, stating that the 1872 Act did not exempt future insurrectionists from the political limitations created by Section 3. Instead, “the Congress that enacted the 1872 Amnesty Act was, understandably, laser-focused on the then-pressing problems posed by the hordes of former Confederates seeking forgiveness.”

In this particular instance, Cawthorn will not be seeing these questions to fruition as he was defeated in his primary election a few weeks ago. Magliocca remarked on this very point, noting the difficulty of bringing time-sensitive cases against candidates when elections are rapidly approaching.

Even if the challenged candidates will be on the ballot this year, Ron Fein, Free Speech For People’s legal director, highlighted an important takeaway: “The state agencies that were charged by statute with considering the challenges to the qualifications of candidates were ready and willing to meet their responsibility.”

How does Section 3 apply to those who engaged with the Jan. 6 insurrection? Important legal questions remain unanswered.

Of course, the biggest implication for 2024 is whether the clause could disqualify Trump from running for president again. Fein told Democracy Docket that if Trump chooses to run for president in 2024, Free Speech For People intends to file multiple challenges against him. Before then, there are several legal questions that are far from resolved.

There’s a general consensus that simply objecting to the counting of electoral votes does not reach that threshold, as the Electoral Count Act of 1887 outlined a lawful, though deeply flawed, process to make these objections. While the 147 Republican votes to reject the 2020 election results in Arizona and Pennsylvania were unprecedented and dangerous, scholars say that act in itself is likely not enough for future disqualification. It is also possible that some public statements and speech rise to the high bar of engaging in insurrection, at least on a case-by-case basis.

Aiding or encouraging the violence that preceded that vote is a different story — all four House members who faced legal challenges this year took an outsized role in planning and encouraging the anti-democratic riots. The application of Section 3 is even clearer for those current and former state officials and military members who physically stormed the Capitol.

Additionally, is there a distinction between “inciting” an insurrection and “engaging” in one? It may be useful to future proceedings that Trump’s second impeachment specifically used “insurrection” terminology and referenced Section 3. “The evidence against [Trump] is actually stronger than against almost anybody else in terms of his involvement in the January 6 insurrection,” Fein added.

One point of agreement, including by the judge in Greene’s case, seems to be that a criminal conviction is not required for an individual to be disqualified by Section 3.

The second crucial question: How operational is Section 3?

In a paper published before Jan. 6, Magliocca chronicled Section 3’s “gradual and ironic deletion from history.” The clause now faces a test of implementation for the first time in over a century.

Magliocca concurs with many other scholars that, based on an 1869 federal court opinion, Section 3 is probably not self-enforcing. Meaning, one option is for Congress to pass a statute or concurrent resolution that clarifies Section 3’s applicability and enforcement today. Either of these, a statute or resolution, could then be contested in court.

On May 27, Rep. Debbie Wasserman Schultz (D-Fla.) introduced a bill in Congress to create an  enforcement mechanism for Section 3. “Congress has the discretion to enforce this expansively, or in a more restrictive way,” Magliocca commented on the new legislation. “There’s not that much in Section 3 itself that limits what they can do, except that you can only bring these actions against people who had previously sworn an oath to uphold the Constitution… Beyond that, everything else is up for grabs.”

Despite a New York Times op-ed that argued that only the federal government has the power to enforce this provision of the constitution, this is likely not the case. “Most states have a framework for challenging someone’s nomination or candidacy on the basis that the candidate does not meet the qualifications for the office they seek. The framework for doing so is different in every state,” Fein clarified, explaining the way that Section 3 can be enforced via ballot eligibility statutes, which Free Speech For People utilized this year.

Fein added that, in filing challenges this year, his group “helped demonstrate that while it would be important and helpful for Congress to take action, unless and until it does, people are not powerless to enforce this important provision of the Constitution.”

In allowing Greene’s case to move forward, a federal judge wrote, “This case raises novel and complex constitutional issues of public interest and import.” These novel, complex issues will be front and center over the next two years as courts, lawmakers, candidates and voters untangle the meaning of a long-forgotten constitutional provision and its application to 2022 and beyond.